Why Unilever Stock Tanked 10% at the Open Today

Shares of European consumer goods Goliath Unilever (NYSE:UL) fell a quick 10% at the open of trading on Jan. 18. The drop seems to be related to news that Unilever had failed to secure a deal to buy its way into a new product category. There’s a lot going on here.

Unilever has been overhauling its business, most notably by switching from a dual listing to a single listing in late 2020. That change is important because it will make it easier for the consumer goods giant, which sells everything from food to soap, to buy and sell assets. Which is where the drop today comes into play, as Unilever was rebuffed in its attempt to buy GlaxoSmithKline‘s consumer healthcare business for roughly $68 billion. Unilever is basically looking to get into faster-growing businesses than it currently owns. 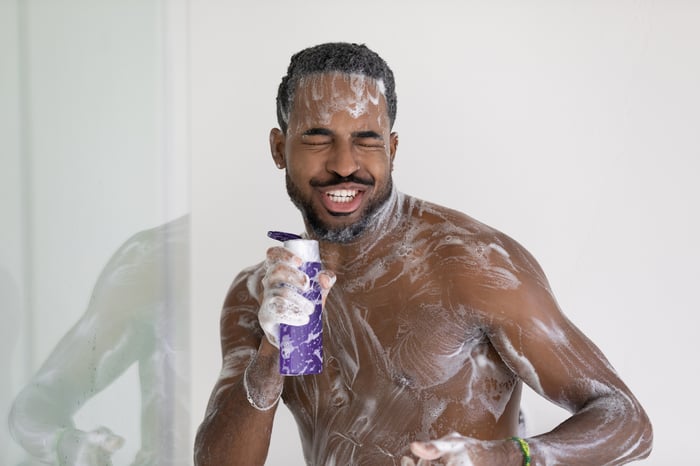 The problem is that the price tag here appears fairly steep, with some industry watchers suggesting that $68 billion is too much for what is being offered. The stock drop is likely related to the fear that Unilever, in an effort to expedite its entry into the healthcare space, will raise its offer even further and end up vastly overpaying for the assets it acquires. Even at the rejected price, the company would likely be forced to sell assets to fund the deal unless it wants to materially leverage up its balance sheet. For reference, Unilever’s debt-to-equity ratio is around twice that of U.S. consumer products giant Procter & Gamble. So this is a realistic concern.

Unilever is a generally well respected company with a very long and impressive history. Still, repositioning efforts are often difficult, particularly for big companies. Still, it is probably good that Unilever is looking to revamp its product offerings to focus more heavily on growth. Long-term investors should probably give it the benefit of the doubt for now, noting that this transition could be a multiyear effort requiring both acquisitions and dispositions. Indeed, sometimes paying a premium for an established business can work out over the long term when all the dust settles. That said, investors with shorter time horizons might want to tread more carefully here. Wall Street clearly doesn’t like the direction management is taking right now, and a further bid for GlaxoSmithKline’s healthcare unit could mean even more downside risk.


Read More: Why Unilever Stock Tanked 10% at the Open Today

Sep 25, 2022
The Motley Fool TakeNot many e-commerce companies have managed to improve their profit margins in 2022 during…

Sep 25, 2022
Cathie Wood is the CEO of ARK Invest, whose ETFs substantially outperformed the broader market in the early…
Prev Next 1 of 2,032
Sign in / Join
Sign in