A report from German automotive news outlet Automobilwoche this weekend said Tesla is focused on doubling its sales in Germany this year compared to 2021. If the electric-vehicle (EV) leader achieves that goal, it would surpass Toyota for market share in Europe’s largest economy. 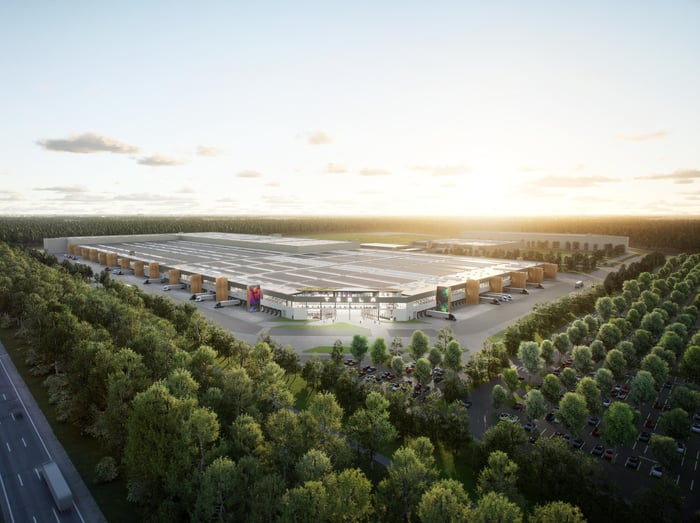 Plans to grow sales in Germany don’t come as a surprise since Tesla continues to ramp up production at its new Gigafactory near Berlin. But the goal to double sales this year, moving it ahead of Toyota in overall German car sales, is aggressive. Through August, Tesla held an overall market share of only 1.5% in Germany.

That compares to an approximate market share of 6% for overall passenger vehicles in the U.S. this year. In its home market, Tesla sells about two-thirds of all battery EVs, according to Barron’s.

Tesla had been supplying German customers from its Shanghai factory prior to the opening of the German plant earlier this year. The company sold approximately 40,000 EVs in Germany last year. To hit 80,000 this year, Tesla would need to sell another 55,000 over the final four months of 2022. That volume would edge out Toyota’s estimated 75,000 vehicle sales in Germany this year.

Investors are pushing the stock higher today partly because that achievement would be great news for the progress in ramping up the German Gigafactory. Earlier this year, CEO Elon Musk said that factory, along with its new Texas plant, were burning cash and having to throttle back production due to supply chain constraints. Tesla investors would like nothing more than to find out the two new facilities are cranking out vehicles and contributing to higher profitability.

Why Is Virios Therapeutics (VIRI) Stock Down 71% Today?

Live Stock Market News Sep 25, 2022 0
Cathie Wood is the CEO of ARK Invest, whose ETFs substantially outperformed the broader market in the early…

Sep 25, 2022
Atlassian (TEAM -1.42%) has generated massive gains for its early investors since its initial public offering…

Sep 25, 2022
The countdown for next month's key Congress of the Communist Party of China (CPC)…

BigCommerce: Lean In As The Stock Crumbles (NASDAQ:BIGC)