Investors in Silicon Laboratories (NASDAQ:SLAB) had a fine Wednesday. Their company published its final quarterly results of 2021, notching solid beats on both the top and bottom lines. The stock was rewarded with a nearly 3% gain today.

In its fourth quarter, Silicon Labs earned just under $209 million, a robust 43% higher than the same period of 2020. Due to losses from discontinued operations, the company’s net income based on generally accepted accounting principles (GAAP) plunged into the red — to almost $3.1 million — against a nearly $30.3 million profit in the year-ago period. On a per-share, non-GAAP (adjusted) basis, however, the company was well in the black with a $0.77 profit per share. 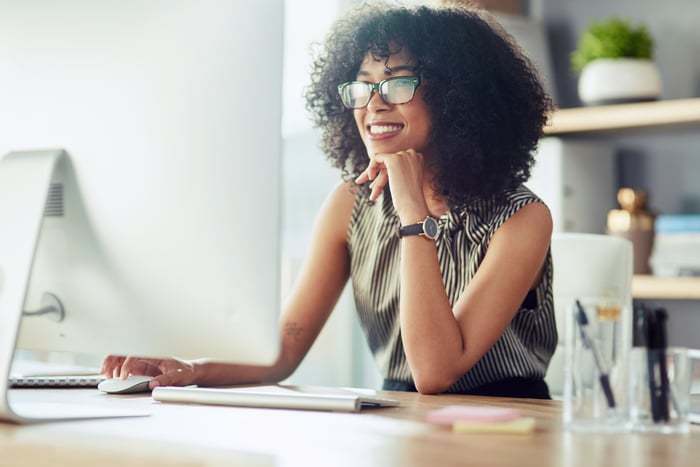 On average, analysts tracking the stock were modeling for slightly more than $200 million in revenue, and a mere $0.57 in adjusted per-share net profit.

Silicon Labs, a veteran tech company that has transitioned into making Internet of Things (IoT) components, quoted CEO Matt Johnson as saying that it “delivered record IoT revenue and gained momentum across our entire wireless portfolio.”

Johnson added that “We’re well-positioned to take advantage of the accelerating IoT growth across smart home, medical, industrial, and commercial segments in 2022.”

The company proffered selected first-quarter guidance reflecting that bullish disposition. It believes its revenue will come in at $220 million to $230 million. That’s some distance below the first-quarter 2021 result of almost $243 million, but far above the collective analyst estimate of $202 million.

Blue Origin partners with Wichita companies to launch into space