Why Shopify Stock Jumped on Friday

While a rebound in technology stocks certainly added fuel to its ascent, the e-commerce platform provider was also on the receiving end of positive commentary from not one, but two Wall Street analysts. 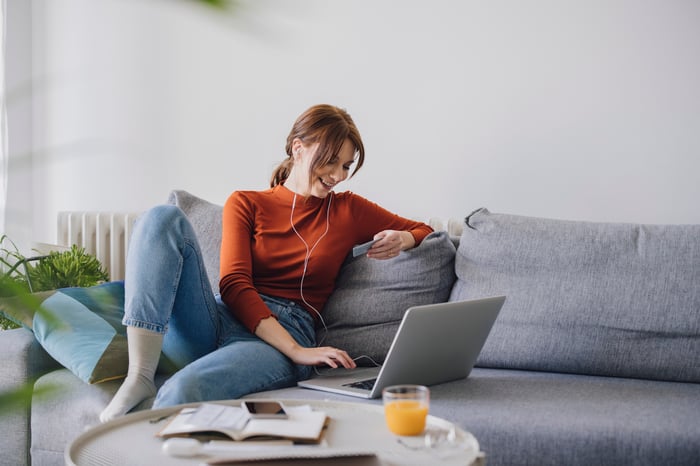 At “the risk of sounding hyperbolic,” Bauch said that of all the stocks he covers, he views Shopify as the company most likely to “break the trillion-dollar market cap threshold in the long-term.”

He noted that of all the S&P 500 companies, Shopify was best positioned to benefit from a number of significant secular tailwinds. These include the growing adoption of e-commerce, the increasing integration of software and payments, the continuing rise of omnichannel retail, and the ongoing shift toward embedding finance systems in e-commerce platforms.

Additionally, Mizuho (NYSE: MFG) analyst Siti Panigrahi lowered his price target on Shopify shares from $1,400 to $900, while keeping a neutral (hold) rating on shares, according to The Fly.

Momentum in the software-as-a-service (SaaS) space has stalled so far this year, fueled by fears related to rising interest rates, Panigrahi wrote in a research note. More importantly for Shopify shareholders, however, is that despite the “macro-driven sell-off,” there hasn’t been any deterioration in the company’s fundamentals.

These analysts are likely on to something. Shopify has been dragged down by the recent rout in technology stocks. Through yesterday’s market close, the stock had fallen nearly 52% since its November highs on no company-specific news. In fact, Shopify stock actually surged 15% higher in the wake of its third-quarter financial report in late October.

The selling appears to be overdone. Analysts’ consensus estimates are calling for 2021 full-year revenue of $4.6 billion, which would represent year-over-year growth of nearly 59%. Profits are also expected to shine, with earnings per share also growing by 59%.

This looks like a rare opportunity to get Shopify stock at a discount.

Regions Financial Named One of America’s Most JUST Companies