In the excitement surrounding its initial public offering (IPO) on Nov. 10, Rivian’s stock soared as high as 130% in the days following its market debut. But its shares went on to plummet in the weeks that followed. At its lows earlier this month, the stock was down a stunning 58% and trading below its IPO price. 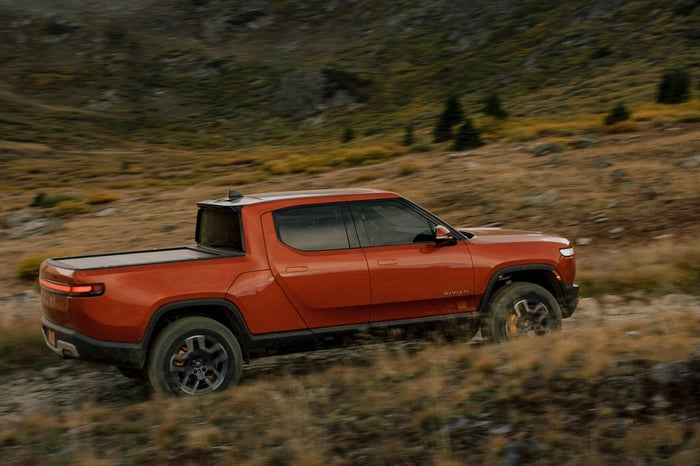 Some investors viewed this steep sell-off as a buying opportunity. For one, Redburn analyst Charles Coldicott placed a buy rating on Rivian’s stock on Tuesday. He sees the EV maker’s share price rallying to $141, or roughly 63% from its current price near $86.

Coldicott expects demand for Rivian’s vehicles to be strong, due in part to their impressive acceleration and state-of-the-art features. He believes the company will be rewarded for being a pioneer in electric pickups and sees an “enormous” potential market for its electric sport utility vehicles. And so he projects that Rivian could produce as many as 1.5 million EVs by 2030.

To meet the strong demand for its vehicles, Rivian is investing heavily to scale up its production. A new $5 billion factory in Georgia is anticipated to help Rivian build up to 400,000 vehicles annually once it’s fully operational, in addition to the roughly 200,000 EVs the company’s Illinois plant is expected to produce at peak output.

SBEV Stock: The Walmart TapouT Deal That Has Investors Tapping In to Splash Beverage Today