Why Planet Labs Stock Is Going to the Moon Today

Planet Labs (NYSE:PL) stock, the recent space special purpose acquisition company (SPAC) IPO that operates a constellation of 200 Earth-imaging satellites in orbit…kind of went into orbit itself today. As of 12:30 p.m. ET, Planet Labs shares are up a solid 20%.

And you can thank Goldman Sachs for that. 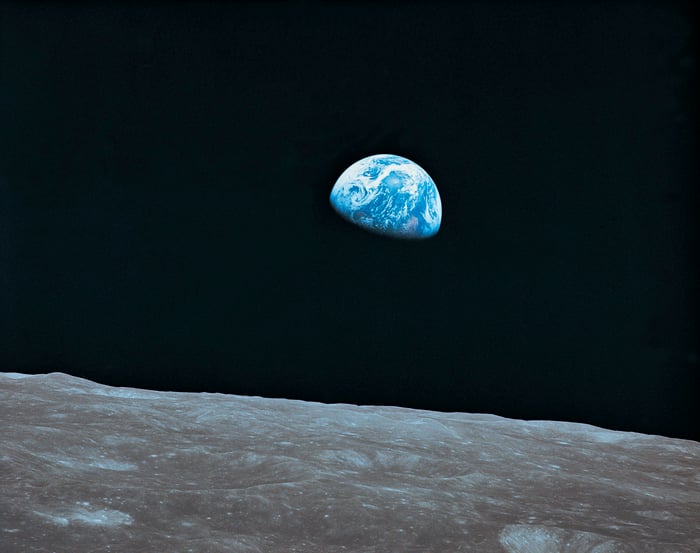 Investment banker Goldman Sachs initiated coverage of Planet Labs with a buy rating and an $11 price target this morning, reports StreetInsider.com. If the analyst is right about that, then Planet Labs stock that is up 20% already today could have another 60%-plus run ahead of it this year.

Why does Goldman Sachs think that? “Planet is the market leader in commercial earth observation, where the opportunity to sell data analytics into many industries is massive” and “profit margins can be high” says the banker.

How high, you ask? Well, in discussing its business plan prior to its IPO, Planet Labs estimated that by 2026, it should be raking in gross profit margins on the order of 74% — and free cash flow (FCF) profit margins of as much as 35%.

Applied to estimated 2026 revenues of $693 million, that implies that Planet could be generating positive FCF of as much as $240 million annually a few years from now — not bad for a stock that costs only $1.8 billion in market cap currently.

Granted, Planet Labs’ predictions remain to be proven. Last I checked, Planet Labs was growing revenues according to schedule, but its profit margins looked a bit iffy relative to projections. In its note, Goldman cautions that it will “take time” for Planet to grow into its full potential, however, and that over time, the company’s “scalable [business] model” will prove profitable.


Read More: Why Planet Labs Stock Is Going to the Moon Today

Jan 27, 2023
While Berkshire Hathaway (NYSE:BRK.B) (NYSE:BRK.A) probably won’t win any awards for the most exciting…