Marijuana stocks are having a terrific Tuesday, with OrganiGram Holdings (NASDAQ:OGI) shares gaining 8% as of 11:35 a.m. ET, Aurora Cannabis (NASDAQ:ACB) up a strong 9%, and Hexo Corp (NASDAQ:HEXO) leading the whole pack higher with a 12.8% gain.

You can thank Senate Majority Leader Chuck Schumer for that. 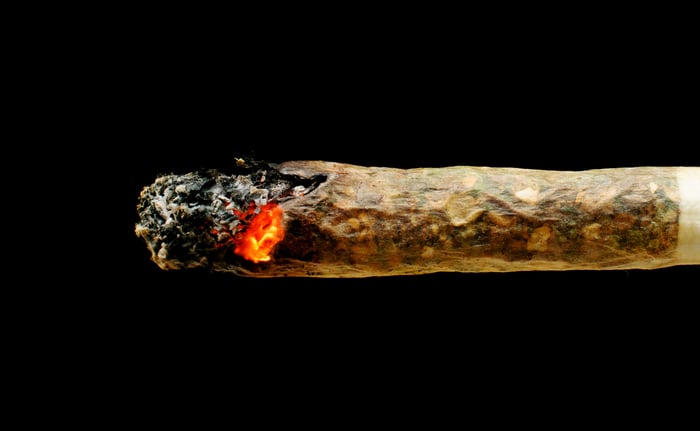 The only actual stock-specific news for this bunch today concerns Hexo, which yesterday announced that the Nasdaq Stock Market has issued it a “compliance with the minimum bid price requirement,” warning Hexo that unless it gets its $0.63 share price hiked back up to $1 or more, it’s at risk of being delisted from the Nasdaq.

This is not good news for Hexo, but neither is it unexpected — Hexo’s actually been trading at penny stock levels since early December. Nor is it insurmountable, because in the worst case, Hexo can simply conduct a reverse share split to raise the nominal price of its shares back above a buck.

Of course, the better solution for Hexo is to have investors affirmatively bid its share price up past $1. Yesterday, that prospect got a bit brighter when MarijuanaMoment.net reported that Schumer has met with “a variety of marijuana reform and other advocacy groups” to update them on his plans to finally get marijuana legalized in the U.S. Senate.

Specifically, Marijuana Moment reports that Schumer is “moving as fast as possible” to get a marijuana legalization law passed “without screwing this up.” And granted, this is a song that legalization advocates have heard before. But this time, Schumer apparently added that he’s willing to permit legislation that would permit banks to provide services to marijuana businesses to proceed before passing a more comprehensive bill legalizing weed.

If true, this signals a big change in the Senator’s tactics toward legalization.

Last year, the U.S. House sent a bill to legalize cannabis banking operations to the Senate — where it promptly died when Schumer and other cannabis legalization advocates insisted that marijuana must be legalized outright, or not at all. This year, however, it seems Schumer is more open to the idea of taking incremental steps toward marijuana legalization, so long as certain equity provisions are attached, reports Marijuana Moment.

Investors in marijuana stocks today seem to be hoping that a baby-steps approach toward legalization may work where all-or-nothing failed — and that slow and steady will finally win this race.

Moderna Rose Today — Is It a Buy?

Fintech outperformed the market in 2021, and it’s set to do even better – TechCrunch

Penny Stocks To Buy Now: 3 To Watch Under $3