Shares of would-be Tesla (NASDAQ:TSLA) killer Lucid Group (NASDAQ:LCID) crashed again on Tuesday, down 5.7% as of 12:40 p.m. ET, and repeating their Monday morning flop — but (as yet) without the Monday afternoon bounce back!

Why is Lucid stock tanking today? Actually, I think you can blame Tesla for that. 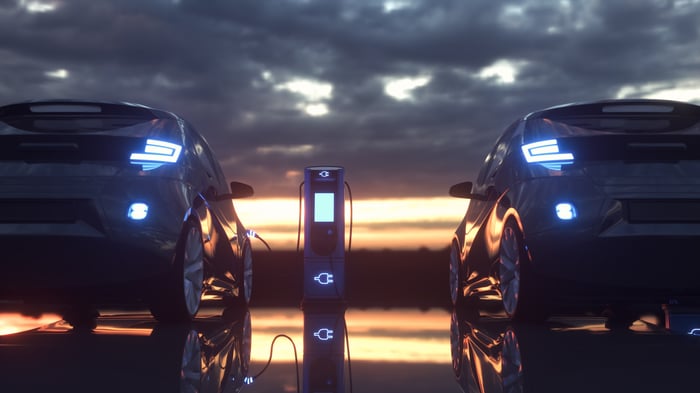 As you’re probably aware, Tesla — the original electric car stock — is scheduled to report its fourth-quarter results after close of trading tomorrow. Two things could happen when Tesla reports those earnings: It could exceed expectations or it could fall short.

And depending on how you look at it, either one of those things could be bad news for Lucid.

Think about it: Tesla delivered more than 936,000 electric cars in 2021, and analysts such as those at Morgan Stanley are forecasting the company could sell anywhere from 1.2 million to 2 million cars in 2022. The more electric cars Tesla sells, logically, the fewer car buyers will be left out there to buy Lucid electric cars in the future.

Thus, good news for Tesla could be interpreted as bad news for Lucid.

But now flip the equation around: What happens if Tesla reports bad news, warns of the effects of continued supply chain disruptions in the automotive industry, and guides to weaker deliveries than investors are expecting tomorrow? Well, because Tesla is the bellwether for the electric car industry, this could logically be interpreted as bad news for electric car demand in general.

Long story short, no matter what Tesla reports tomorrow, there’s the potential for investors to interpret it as a negative for Lucid. How investors actually do respond to Tesla’s news will depend largely on their mood, their sentiment. Thus, if tomorrow turns out to be another red day for stock markets, I seriously doubt that Lucid stock — valued at $58.5 billion despite having very few sales to support it, and no revenue — will escape the selling.

Back to Basics, Continued—Why Is the SBA Denying Finance Companies’ “Eligibility” for PPP