Why Is Phunware (PHUN) Stock Up Today? 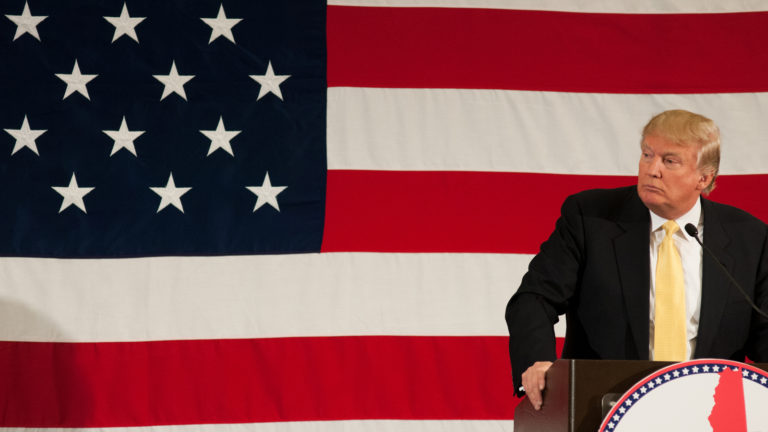 A number of stocks associated with former president Donald Trump are rising and trending on social media this morning. These names are advancing after Trump announced last night that he would seek the presidency again in 2024. Phunware (NASDAQ:PHUN) stock, climbing 4% in early trading, is one of the most prominent names advancing in the wake of the news.

“In order to make America great and glorious again, I am tonight announcing my candidacy for president of the United States,” Trump declared last night at his Florida home.

The former president discussed what he referred to as his accomplishments during his one term in office, including tax cuts and curbs on immigration. Additionally, Trump criticized President Joe Biden for the problems with America’s withdrawal from Afghanistan and his handling of the Russia-Ukraine War.

“Unlike [President Joe] Biden possibly getting us into World War III, which can seriously happen, I will keep America out of foolish and unnecessary foreign wars,” the former president said.

The Reported Link Between Phunware and Trump

As I noted in a previous column, Phunware “develops and manages mobile applications,” and, two years ago, “USA Today stated that Phunware was working for Trump’s campaign at that time. Specifically, the company was reportedly developing and managing mobile apps for the campaign.”

Beyond that history, there have been, as of this writing, no new reports of Phunware partnering with Trump’s 2024 presidential campaign. Nor has the company announced any partnerships with any of the former president’s business ventures.

Not all Trump-related stocks are doing well this morning. A SPAC, Digital World Acquisition Corp (NASDAQ:DWAC) which is slated to combine with Trump Media & Technology Group (TMTG), is down this morning. Truth Social, Trump’s social media startup, is owned by TMTG and was started by Trump after he was banned from Twitter. A ban that Elon Musk said back in May should be reversed.

On the date of publication, Larry Ramer did not have (either directly or indirectly) any positions in the securities mentioned in this article. The opinions expressed in this article are those of the writer, subject to the InvestorPlace.com Publishing Guidelines.

Larry Ramer has conducted research and written articles on U.S. stocks for 15 years. He has been employed by The Fly and Israel’s largest business newspaper, Globes. Larry began writing columns for InvestorPlace in 2015. Among his highly successful, contrarian picks have been GE, solar stocks, and Snap. You can reach him on StockTwits at @larryramer.

Read More: Why Is Phunware (PHUN) Stock Up Today?

Can We Trust the November Stock Market Rally?

Why Workday Stock Was Climbing Today

Apple, Amazon, Crowdstrike, Kintara, Intuit: Why These 5 Stocks Are Drawing…