Why Apple Sank Along With the Stock Market Today

Typically one of the better-performing stocks, Apple (NASDAQ:AAPL) couldn’t escape the bear’s claws on Thursday. For once, it wasn’t the big tech company hitting the headlines that day. This, combined with a disquieting news item on the legal front, pushed the company’s shares down by 1.9%, more or less matching the decline of the S&P 500 index.

That morning, the bulls were stampeding to get a piece of Activision Blizzard. As the entire tech world knows by now, that company is being acquired by Microsoft for the price of a small country (OK, $68.7 billion). With a nearly $3 trillion market cap, Apple isn’t about to be purchased by anybody. 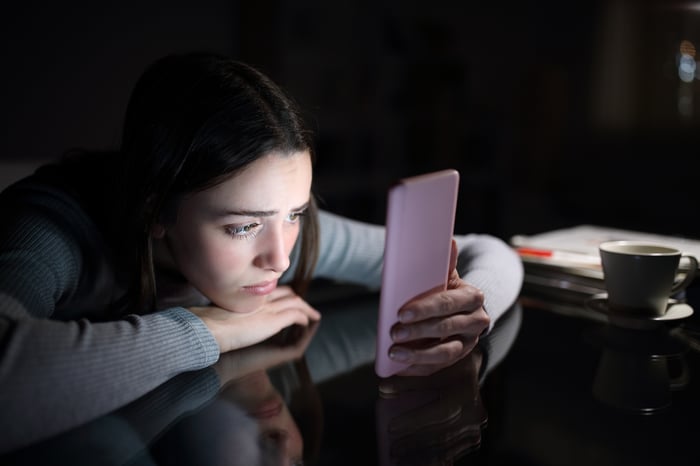 Generally speaking, tech stocks have fallen out of favor somewhat with investors. The prospect of sooner- and higher-than-expected interest rate increases from the Federal Reserve has investors spooked about more speculative investments. At this point, the very well-established Apple hardly fits that description, but as it’s lumped in with the broader tech stock universe, it’s guilty by association to some.

Another development is also giving investors pause to think. Sweden-based tech and telecom company Ericsson has filed a new set of patent infringement lawsuits. This is the latest round in a sporadic fight between itself and Apple centered on royalty payments for 5G wireless patents utilized in the American company’s iconic iPhones.

The Apple/Ericsson tussle has been dragging on since 2015, and at this point we shouldn’t expect any judgment to hammer the American company badly enough to put a massive dent in its operations. Apple still has a very bright future, with its solid and durable lineup of enduringly popular devices anchoring a business that continues to develop promising new revenue streams.


Read More: Why Apple Sank Along With the Stock Market Today

Is AIAD Stock the Next DWAC? What to Know as Brad Parscale Boosts the Penny Stock.