Why Aave’s Cryptocurrency Is Surging Today

The Aave (CRYPTO:AAVE) cryptocurrency is climbing quickly in Saturday’s trading. The token was up roughly 11% over the previous 24-hour period as of 1 p.m. ET.

While many other altcoins have also posted moderate gains in today’s trading, the outsize advance for Aave’s token price seems to stem from new excitement on social media. The Coin Bureau YouTube channel published a video outlining bullish coverage of Aave on Friday, and the analysis and attention are driving gains for the token. 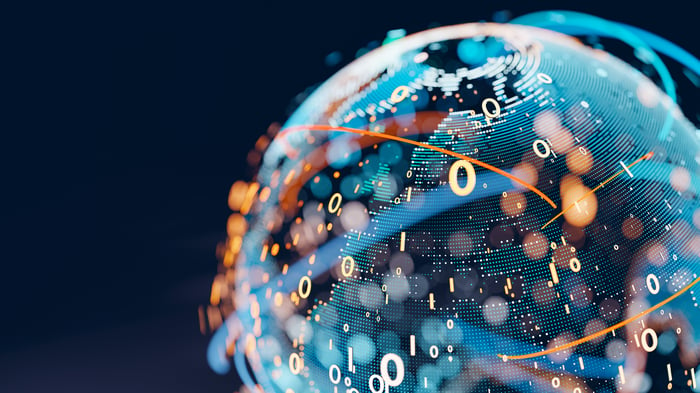 The Coin Bureau YouTube channel has roughly 1.87 million subscribers, and its recent bullish coverage on Aave is generating excitement. In the video, the channel’s host points to relatively soft performance for coins with a focus on decentralized finance (DeFi) applications, upcoming updates to the Aave blockchain, and the network’s upcoming social media platform as driving factors for a potential rally. The Coin Bureau host also stated that the “fair valuation” of the coin could be $1,000, suggesting a roughly 317% upside based on the current token price.

Aave is still a relatively small cryptocurrency, and it’s not unusual to see smaller tokens post dramatic moves on little or no news. Favorable coverage from a popular cryptocurrency analysis source can often be enough to trigger significant pricing gains, and Aave is currently benefiting from this effect.

This Ethereum-based token offers digital currency lending services with unique features, such as switching between fixed and variable interest rates on demand.

Despite recent gains, the token price is down about 64% from the high that it hit eight months ago. Like many other cryptocurrencies, Aave has been caught up in the broader market’s recent pullback. The cryptocurrency now has a market capitalization of roughly $3.2 billion and ranks as the 48th largest cryptocurrency by market value.

While it’s possible that the Aave token could climb significantly above current levels, investors should proceed with the understanding that it remains a high-risk investment despite trading down substantially from its high. Calculating target valuations for publicly traded companies that publish regular reports on earnings, assets, and liabilities is already an imprecise science and involves guesswork — and it’s even more difficult when it comes to cryptocurrencies. Aave could very well bounce back and deliver huge gains, but it’s generally a good idea to take price targets with a grain of salt.

Two COVID-19 testing companies have been ordered to stop operating in Colorado. Here’s a

Sep 25, 2022
The Motley Fool TakeNot many e-commerce companies have managed to improve their profit margins in 2022 during…
Prev Next 1 of 2,032
Sign in / Join
Sign in