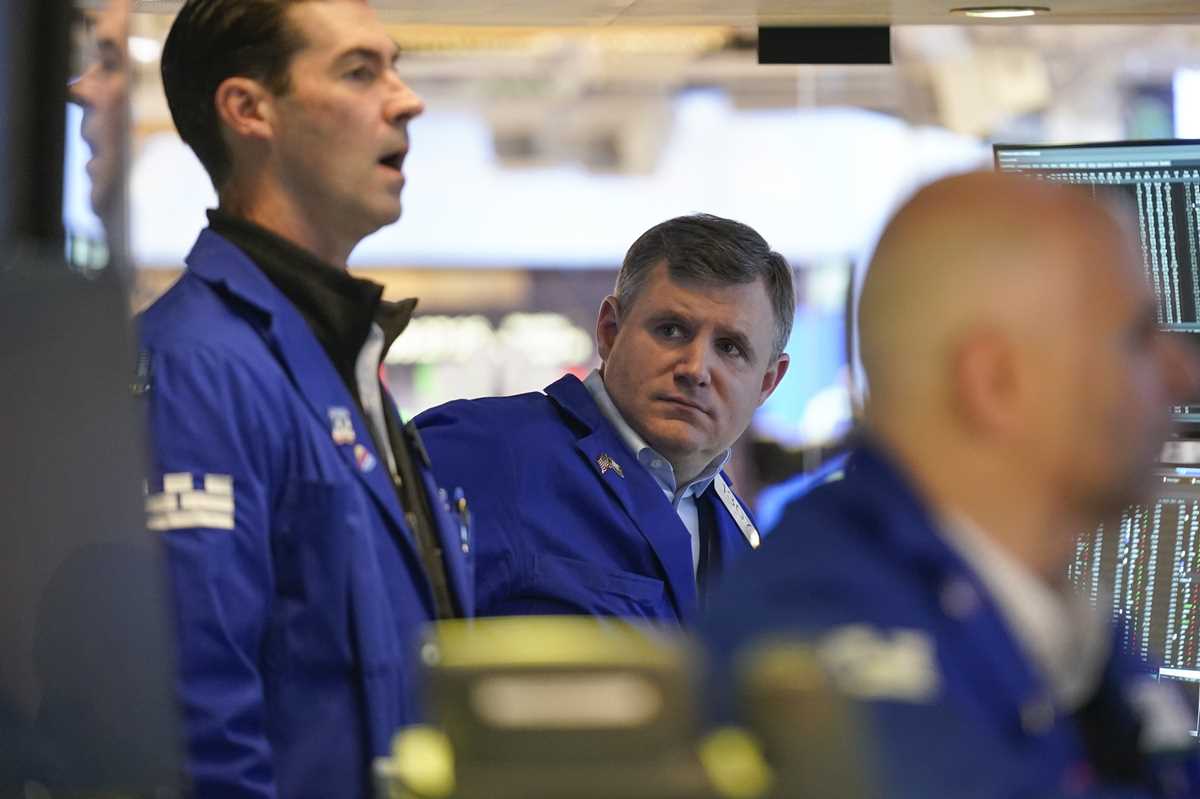 The world’s second largest economy has been stifled by a “zero COVID” policy which includes lockdowns that continually threaten the global supply chain at a time when recession fears hang over economies worldwide. The recent upheaval in China is the greatest show of public dissent against the ruling Communist Party in decades.

Markets in Asia and Europe slipped. Bond yields held relatively steady. The yield on the 10-year Treasury rose to 3.70% from 3.69% on Friday.

Technology companies were the biggest weights on the broader market. Apple, which has seen iPhone production hit hard by lockdowns in China, fell 2.1%.

The fallout from the collapse of crypto exchange FTX continued. Cryptocurrency lender BlockFi is filing for Chapter 11 bankruptcy protection. Cryptocurrency exchange Coinbase Global fell 3.5% and the price of Bitcoin slipped 1.1%.

Wall Street is coming off of a holiday-shortened week that was relatively light on corporate news and economic data. Investors have a busier week ahead as they continue monitoring the hottest inflation in decades and its impact on consumers, business and monetary policy.

Anxiety remains high over the ability of the Federal Reserve to tame inflation by raising interest rates without going too far and causing a recession. The central bank’s benchmark rate currently stands at 3.75% to 4%, up from close to zero in March. It has warned it may have to ultimately raise rates to previously unanticipated levels to rein in high prices on everything from food to clothing.

Federal Reserve Chair Jerome Powell will speak at the Brookings Institution about the outlook for the U.S. economy and the labor market on Wednesday.

The Conference Board will release its consumer confidence index for November on Tuesday. That could shed more light on how consumers have been holding up amid high prices and how they plan on spending through the holiday shopping season and into 2023.

The government will release several reports about the labor market this week that could give Wall Street more insight into one of the strongest sectors of the economy. A report about job openings and labor turnover for October will be released on Wednesday, followed by a weekly unemployment claims report on Thursday. The closely-watched monthly report on the job market will be released on Friday.

Elaine Kurtenbach and Matt Ott contributed to this report.

Railroad stocks aren’t the most glamorous of choices. Moving items from point A to point B is not supposed to be. In fact, it’s something that most of us take for granted. That predictability, however, is why there’s room for these stocks in every portfolio.

You can say the world has become smaller. And there’s no question that airplanes and last-mile delivery play a significant role in the global economy. But there’s still a significant role for railroads. To begin with, they can transport some things that other forms of transport cannot. Second, there will always be demand for rail freight.

And railroad stocks pay you to own them because of the dividend. Like utility stocks, many of these companies offer stable dividends which, in some cases have increased over time.

In this presentation, we’re looking at seven railroad stocks that can help provide your portfolio with consistent income and a little growth when the economy is strong.