Equity markets did attempt a rally on Monday, but the bond market kept yields, high so any move in risk assets was difficult to sustain. The two-year yield did show signs of falling in the early part of Monday’s session, and stock markets took the opportunity to recover. However, a weak US 2-year auction caused a turnaround, and yields moved higher. This then dragged equities lower for the afternoon.

Tuesday so far sees a recovery in sterling and a fall for the dollar. Equities are stable in Europe, so hopes are in place for a rally. However, liquidity is declining, which will exacerbate any selling should it resume. The VIX index remains above 30, and Monday saw a massive spike higher in MOVE, which describes bond market volatility. There is a need to show some signs of calm for a rally truly to take hold. Bitcoin is at least going to drag crypto stocks higher, and it appears the correlation between the Nasdaq and Bitcoin is breaking down.

For now, we have not put in place new lows and broken the June levell at $362. Close but no cigar on Monday. That sets up two possibilities. I would be happier to make a new low and then let a relief rally permeate. The macro backdrop is far worse than it was in June, so logic would dictate that markets should be lower. However, the longer we fail to break to new lows, then the stronger the double bottom reversal signal becomes. Already the Relative Strength Index (RSI) has moved into classic oversold territory, although I prefer to use a lower level of 25 to weed out false signals. The RSI is lower than the June lows,however, so we do not have a bullish divergence here. 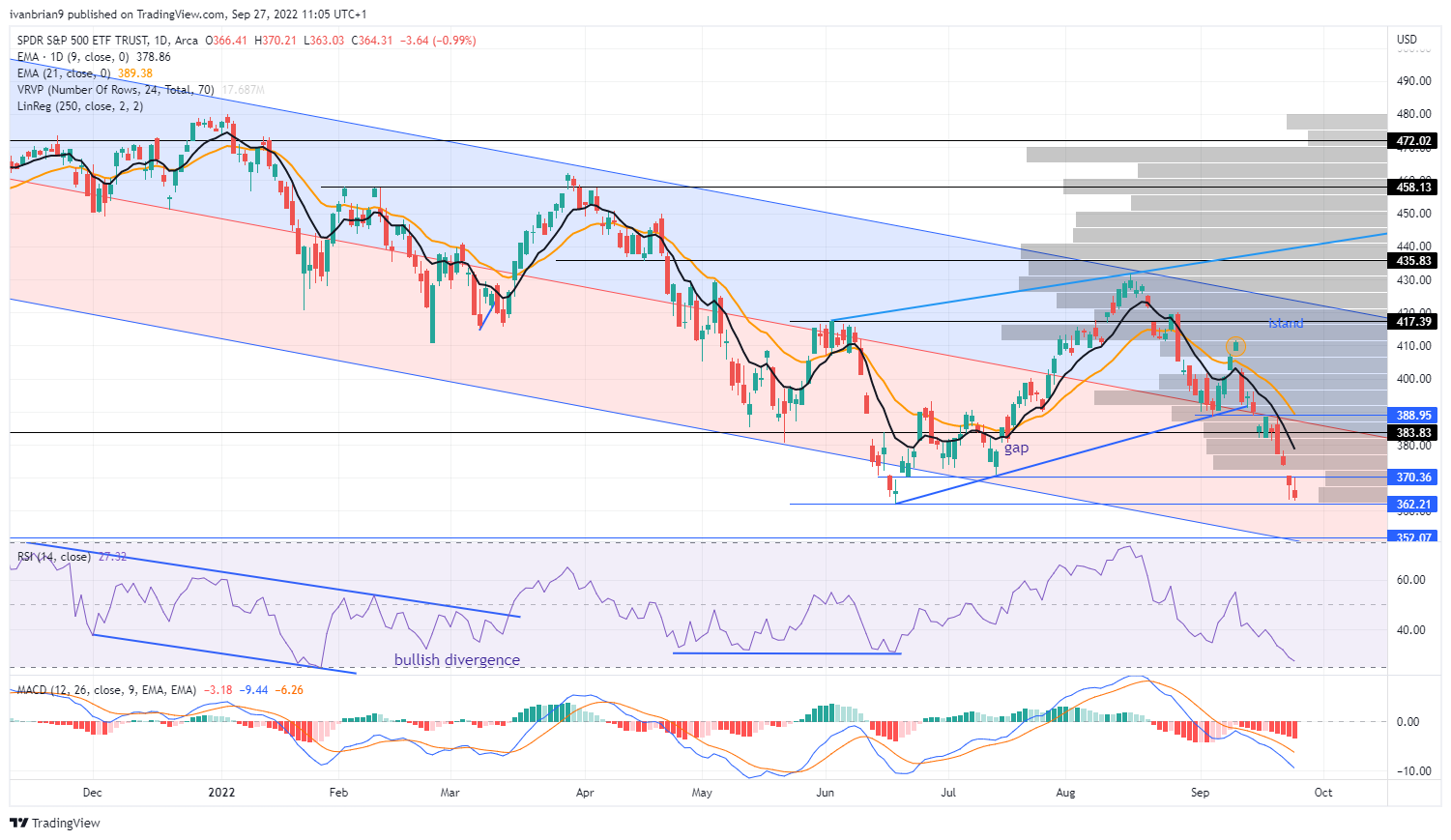