I think the one thing you can count on is a lot of noise, so look for value in order to get long and do not jump in with both feet right away.

The S&P 500 rallied a bit on Wednesday as inflation came out as anticipated on the CPI numbers. That being said, the market has rallied at this point in time but gave back some of the gains to show signs of hesitation. This is not a huge surprise, because we are in the midst of a bigger turnaround. With this being the case, the market is likely to continue to see a lot of volatility, as these turnarounds typically are very noisy.

It is very interesting to see how the market has been pushing to the upside, despite the fact that we have a lot of inflation in the United States. Nonetheless, it appears that Jerome Powell blinked a bit during the trading session on Tuesday as he spoke in front of Congress. That being said, it suggests that perhaps the Federal Reserve is not as hawkish as people had thought, although with the CPI coming in at 7% year-on-year, perhaps we are already pricing in the idea of the interest rate hikes coming out of the Federal Reserve. That, along with the fact that the number four CPI came in as anticipated, it could be a little bit of a “relief rally” as things are not as bad as some of the whisper numbers had been.

Ultimately, this is a market that has seen a lot of support at the 50 day EMA and the uptrend line underneath. The 4600 level has also offered support, so at this point in time I believe that it is only a matter of buying dips just as we have seen multiple times. That being said, if we can take out the highs of the trading session on Wednesday, then it is likely that we could go looking towards the 4800 level. The 4800 level has been a little bit of a brick wall as of late, so obviously if we can take out that level it would be a very bullish sign and could open up a pretty big move to the upside. Regardless, I think the one thing you can count on is a lot of noise, so look for value in order to get long and do not jump in with both feet right away. 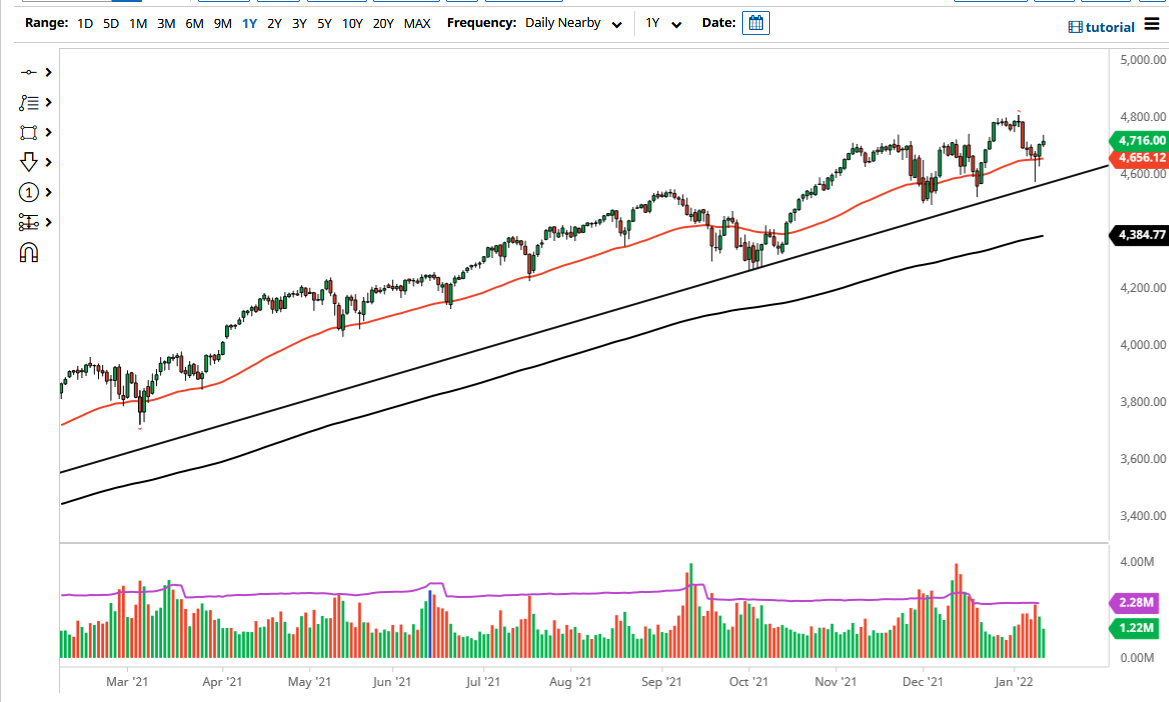 Stock futures dip after a 3-day winning streak for Nasdaq

SPGP Vs. SPY: SPGP Will Outperform Over The Long Term