The ALPS Sector Dividend Dogs ETF (SDOG) has outperformed the S&P 500 Index by over 1600 basis points year to date.

SDOG is a deep-value portfolio of high-yielding large-cap stocks, which continues to be in favor as inflation remains elevated, resulting in cyclical sectors with pricing power maintaining their leadership. SDOG’s yield-driven methodology equal weights the top five highest dividend-payers in each sector (excluding real estate). 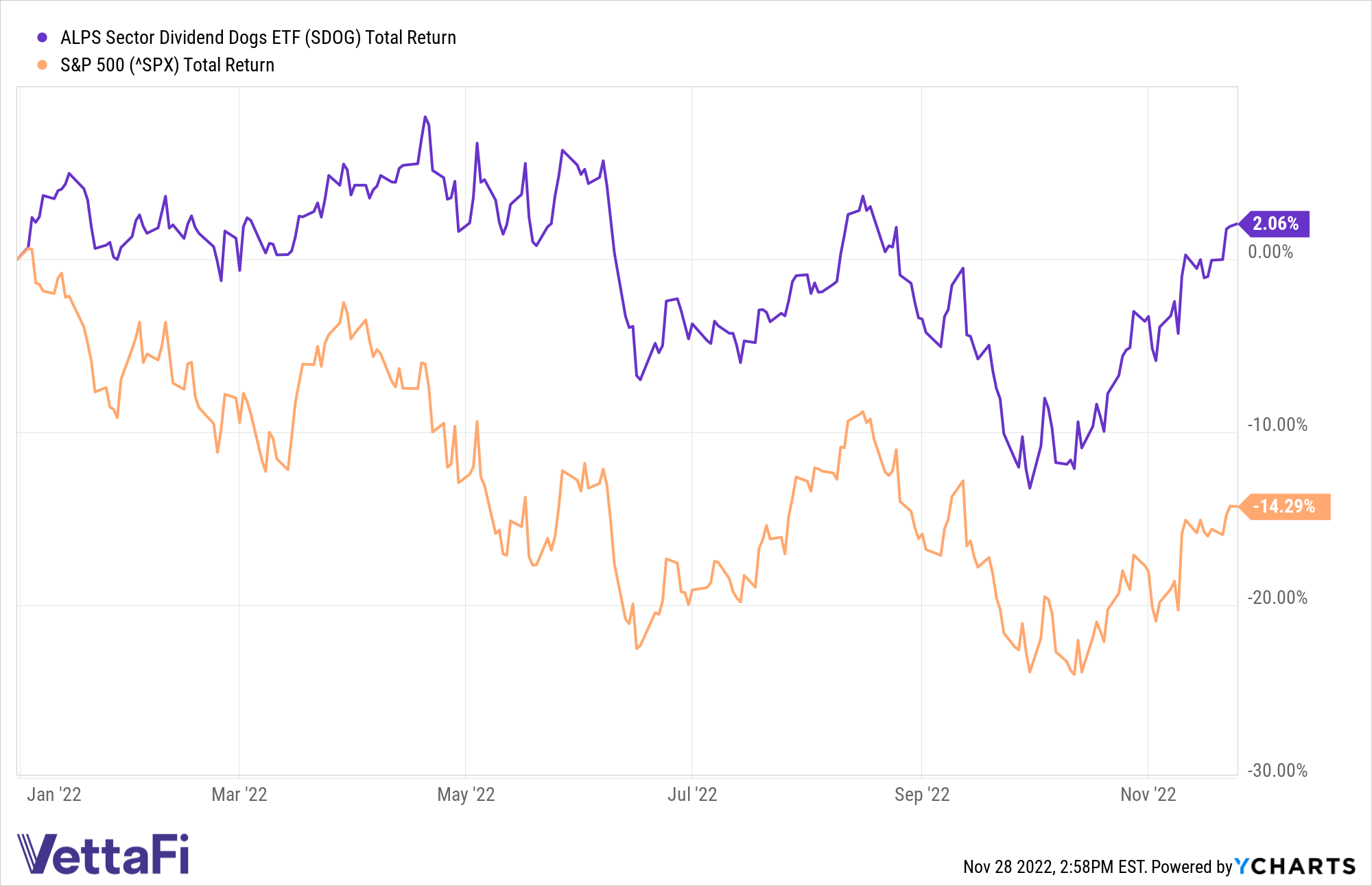 The fund’s relative underweight to the information technology sector and overweight to the cyclical energy and materials sectors have furthered its two-year, one-year, and year-to-date outperformance over the S&P 500, tracked by the SPDR S&P 500 ETF Trust (SPY). The energy sector’s 10.6% weight in SDOG is more than double its weight in the S&P 500, according to ALPS.

Year to date, there has been a significant shift in performance and flows favoring value and cyclical stocks over growth and quality stocks. Deep value, cyclical companies generally perform well before an official recession as the earning’s factors that drive those companies tend to also be the macro factors that lead to an eventual economic slowdown, according to ALPS.

Companies with higher five-year average annual dividend growth in the S&P 500 have typically outperformed over a five-year period, according to Bloomberg.

vettafi.com is owned by VettaFi, which also owns the index provider for SDOG. VettaFi is not the sponsor of SDOG, but VettaFi’s affiliate receives an index licensing fee from the ETF sponsor.

World’s First ETF Turns 30, Here’s How Much Money You’d Have If You…