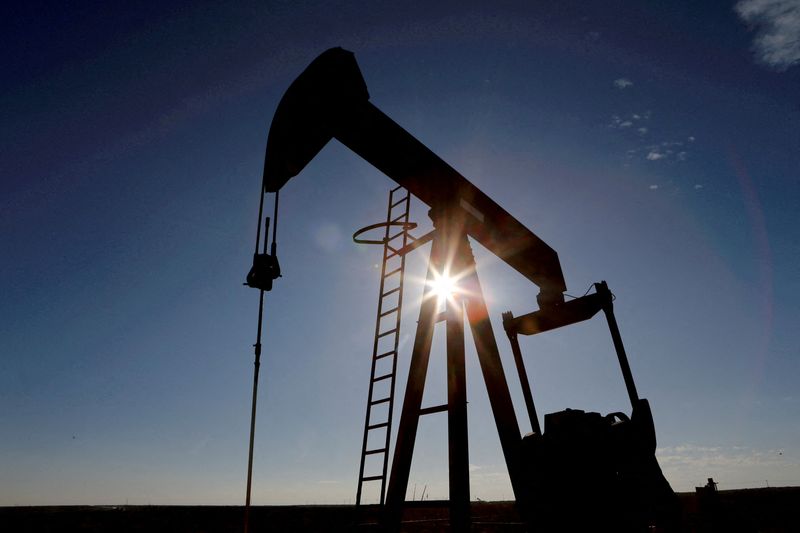 Futures pulled back amid a broader decline in financial markets after the Fed telegraphed a March interest rate increase and as the dollar climbed against its major peers. Dollar-denominated oil becomes more expensive for buyers using other currencies when the greenback gains.

“It could be a strong U.S. dollar at play after the Federal Open Markets Committee signalled rates will rise,” said Commonwealth Bank analyst Vivek Dhar.

The dollar rose on higher U.S. Treasury yields, lifting the , which measures the greenback against major peers, to 96.604, near five-week highs.

Crude prices surged on Wednesday, with Brent climbing to $90 a barrel for the first time in seven years, amid tensions between Ukraine and Russia, the world’s second-largest oil producer, that have fanned fears of energy supply disruptions to Europe.

Commonwealth Bank’s Dhar echoed those concerns, while noting that efforts by OPEC and its allies, known as OPEC+, to boost supply also were not materialising and that demand has not been hit as badly by the rapid spread of the Omicron coronavirus variant as earlier feared.

OPEC+ is gradually relaxing 2020’s output cuts as demand recovers from the demand collapse that year. But many smaller producers can’t raise supply and others have been wary of pumping too much in case of renewed COVID-19 setbacks.

“Continued supply challenges and mounting Russia-Ukraine tensions continue to support prices. It is down slightly today but I think it is nothing more than a technical move,” said Howie Lee, an economist at OCBC in Singapore.

Still, an increase in crude oil and gasoline inventories in the United States alleviated some of the concerns about supply.

Crude inventories rose by 2.4 million barrels in the week to Jan. 21 to 416.2 million barrels, compared with analysts’ expectations in a Reuters poll for a 728,000-barrel drop, the Energy Information Administration (EIA) said on Wednesday.

Disclaimer: Fusion Media would like to remind you that the data contained in this website is not necessarily real-time nor accurate. All CFDs (stocks, indexes, futures) and Forex prices are not provided by exchanges but rather by market makers, and so prices may not be accurate and may differ from the actual market price, meaning prices are indicative and not appropriate for trading purposes. Therefore Fusion Media doesn`t bear any responsibility for any trading losses you might incur as a result of using this data.

Fusion Media or anyone involved with Fusion Media will not accept any liability for loss or damage as a result of reliance on the information including data, quotes, charts and buy/sell signals contained within this website. Please be fully informed regarding the risks and costs associated with trading the financial markets, it is one of the riskiest investment forms possible.