Trade setup for Friday, September 30: One can expect more downside up ahead as the Nifty50 might give up key support at 16,800, say experts. Here’s what the technical charts suggest.

Indian equity benchmarks gave up initial gains in a volatile session on Thursday, as fag-end selling pressure in financial stocks sent the market tumbling into the red. The Nifty50 ended the September F&O series four percent lower — its worst performance in a monthly series since May.

All eyes are now the outcome of a three-day meeting of the RBI’s rate-setting panel that ends on Friday. Economists in a CNBC-TV18 poll expect the central bank to announce a 50-basis-point hike in the repo rate on September 30.

What do the charts suggest for Dalal Street?

The Nifty50 has formed a long bear candle at the edge of important support at 16,800 on the daily chart, according to Nagaraj Shetti, Technical Research Analyst at HDFC Securities.

“The market has been repeatedly testing support at 16,800 levels but not gaining momentum on the upside. This is not a good sign, and reflects that the support could be breached on the downside soon,” he said.

“A breach of immediate resistance for the Nifty Bank at at 36,400 will lead to some short covering towards 39,000,” said Kunal Shah, Senior Technical Analyst at LKP Securities.

Here are key things to know about the market ahead of the September 30 session:

On Friday, Singapore Exchange (SGX) Nifty futures — an early indicator of the Nifty index — fell as much as 89 points or 0.5 percent to 16,723 ahead of the opening bell on Dalal Street.

Equities in other Asian markets began the day in the red, following overnight losses on Wall Street after a day’s breather amid concerns that the Fed’s steep rate hikes to fight inflation could hurt the US economy. MSCI’s broadest index of Asia Pacific shares outside Japan was down half a percent at the last count.

What to expect on Dalal Street?

HDFC Securities’ Shetti is of the view that a slide below 16,800 could take the 50-scrip benchmark all the way to its next key support at around 16,650.

“Any upside movement from here could encounter strong resistance around 17,030 levels,” he said.

The Nifty50 remains about four percent below its long-term simple moving average in a bearish sign.

Foreign institutional investors (FIIs) remained net sellers of Indian shares for the seventh trading day in a row on Thursday, according to provisional exchange data. 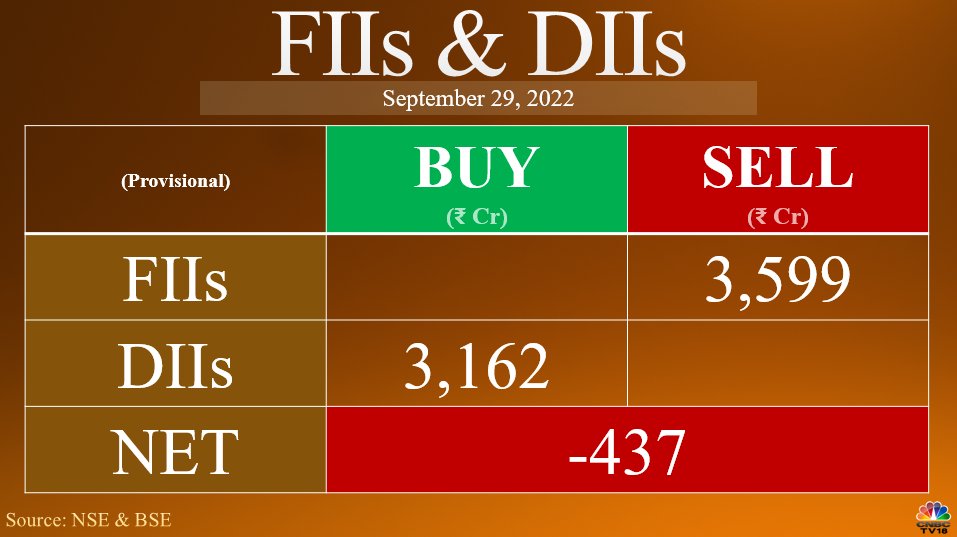 Here are five stocks that saw an increase in open interest as well as price:

(Increase in price and decrease in open interest)

(Increase in price and decrease in open interest)

(Decrease in price and increase in open interest)

Four stocks in the BSE 500 universe — the broadest index on the bourse — touched the milestone: Cipla, Cochin Shipyard, Gujarat Fluorochemicals and RITES.

Dow Jones Rises As Apple Stock Sells Off; Tesla To Recall About 80,000 Cars In China