The year is drawing to a close, and for many investors, it will be a year best forgotten. Unless things significantly change, the Nasdaq Composite is likely to be down for the year and post its largest yearly decline since 2008.

There are very likely to be bargains waiting to be found in this year’s tech stock wreck. Here are three Nasdaq bear market stocks that, in the opinion of three Motley Fool contributors, are worth buying hand over fist before the year is out: PubMatic (PUBM 5.00%), GitLab (GTLB 6.91%), and Snowflake (SNOW 9.65%) 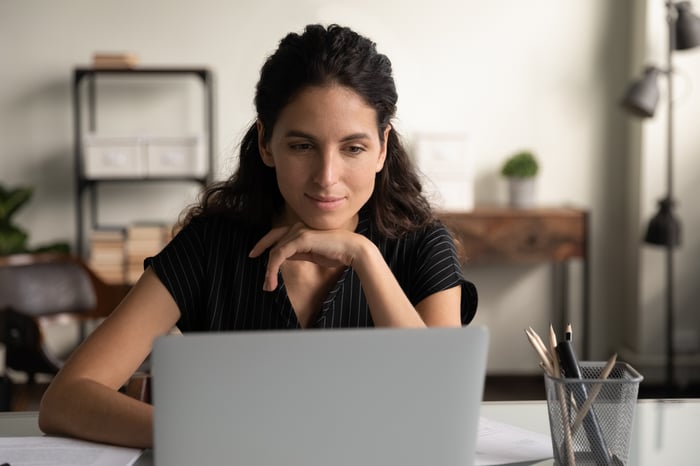 Get in before investors spread the word on this ad stock

Will Healy (PubMatic): PubMatic is not yet a household name as a company or as a stock. However, it plays an increasingly important role in the digital advertising market and is quickly gaining recognition in that sector.

The company helps advertisers find audiences across platforms and improve the monetization of content, working on the sell side of the business. It leverages a hardware and software platform that manages what it dubbed the “supply chain of the future.” Within this ecosystem, users can manage multiple vendors on one platform. Investors should also note that it does not compete with The Trade Desk, a company that covers the buy side of the digital ad business.

Fortune Business Insights predicts a compound annual growth rate for the sell side of 24% through 2029. That growth rate should bode well for PubMatic eventually.

Also, Q3 2022 non-GAAP net income dropped 26% year over year to $12 million. Rising costs and expenses led to that decline. The cost of revenue surged by 35%, while income tax costs rose by 75%.

Moreover, PubMatic cut its 2022 revenue projection to between $257 million and $260 million. That is a drop of 8% from its forecast in the previous quarter and likely contributed to the 14% decline in the stock price in the subsequent trading session.

Nonetheless, that drop has taken the stock’s P/E ratio to 14. That is down from over 140 in early 2021 and comes in below the digital ad pioneer Alphabet at 17 times earnings.

Additionally, while the stock’s condition looks bleak now, its position in the digital ad market likely positions it for an eventual recovery. Given PubMatic’s growth potential, investors should consider using this temporary pain as an opportunity to buy this under-the-radar stock at a discount.

Justin Pope (GitLab): GitLab is a DevOps platform where developers build, test, and deploy software. It can take a lot of people and teams working together to create a software program. Everyone might code differently or use different tools; the pieces might not work when you put them together.

GitLab is like a sandbox that everyone builds in, keeping things “apples to apples” and organized. That way, the pieces fit together much better, speeding up the development process. It runs on Git, an open-source revision control software that tracks changes in computer files. GitLab offers a bare-bones product for free but charges for different features and services that help organizations use Git.

The company has a software-as-a-service (SaaS) business model, with 5,864 customers spending at least $5,000 annually. Its recurring revenue is on a $404 million run rate as of July 31 — a 74% increase over the prior year. Management estimates that its addressable market is $40 billion today, so there is still a lot of potential for future growth.

The stock is down 68% from its November 2021 peak, bringing its price-to-sales ratio (P/S) down to 14. Investors look for safety in a bear market, which usually demands profits. 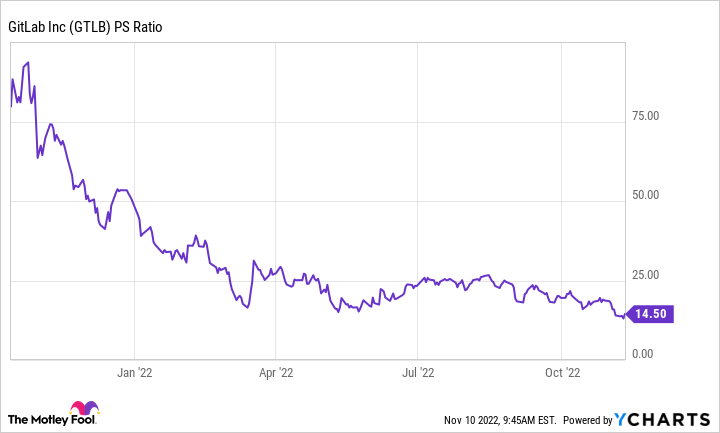 GitLab isn’t yet profitable and reported a free cash flow level of negative $75 million over the past four quarters. However, the company has no debt and $930 million in cash on its balance sheet, plenty of capital to run its business in the short term.

GitLab’s growth underlines its value to enterprises, and Wall Street could adore GitLab again when the market eventually rebounds.

Jake Lerch (Snowflake): Bear markets bring opportunity and Snowflake appears to be one of today’s best.

Its business can be difficult to understand. In a nutshell, this is how it works: Organizations, including businesses, schools, and nonprofits, are shifting their workflow to the cloud. As they do so, they often engage multiple cloud vendors to address different segments of their business. The three largest cloud vendors are Amazon‘s AWS, Microsoft‘s Azure, and Alphabet‘s Google Cloud.

There is a significant drawback to this type of arrangement: an increased potential for data siloing. Using multiple vendors complicates the process of aggregating and analyzing data across cloud systems. Snowflake makes its money by helping organizations solve this problem.

By acting as a middleman between the various cloud vendors, platform-agnostic Snowflake helps organizations “see” all of their data at once, allowing them to better combine, study, and draw conclusions from it. Examples include enabling researchers to develop better medicines, food distributors to better match supply and demand, and airlines to offer the lowest, most competitive rates.

It’s a terrific business and it caught the eye of famed investor Warren Buffett. Berkshire Hathaway owns more than 6 million shares, valued at $773 million. It’s a rare tech investment for Berkshire, which traditionally avoided the sector. Yet, it’s clear that Buffett (and more than likely his Berkshire lieutenants Ted Weschler and Todd Combs) have faith in Snowflake and its business model.

Snowflake is relatively small at the moment, with trailing-12-month revenue of only $1.64 billion. Still, revenue is growing over 82% a year at the moment. While the company is unprofitable, its balance sheet is solid. Snowflake has nearly $4 billion in cash and less than $250 million in debt. That means that any slowdown in cloud spending or long-lasting recession shouldn’t put Snowflake in any immediate danger.

Meanwhile, Snowflake’s price-to-book value fell to 7.6 — down from 21.8 one year ago. That means investors can buy shares much cheaper today than before. So if you’re looking for a name that has plenty of growth and has the endorsement of one of the world’s most famous investors, Snowflake is a name to consider.

We may not know who controls the Senate until December

Why Workday Stock Was Climbing Today

Apple, Amazon, Crowdstrike, Kintara, Intuit: Why These 5 Stocks Are Drawing…