Index funds just make good sense for most investors. However, if you’re looking for one to buy, there’s a huge number of them to choose from. How do you find the best one to own?

Here’s a rundown of the three biggest things to consider before putting your long-term money to work this way.

Look for a no-load

Not all mutual funds are built the same. While many of them can be bought and then sold for free, many of them also impose an up-front sales charge called a “load.” In some cases, these loads can be as high as 5.75% of the amount you’re investing, although many loads are in the 1% to 2% range these days. 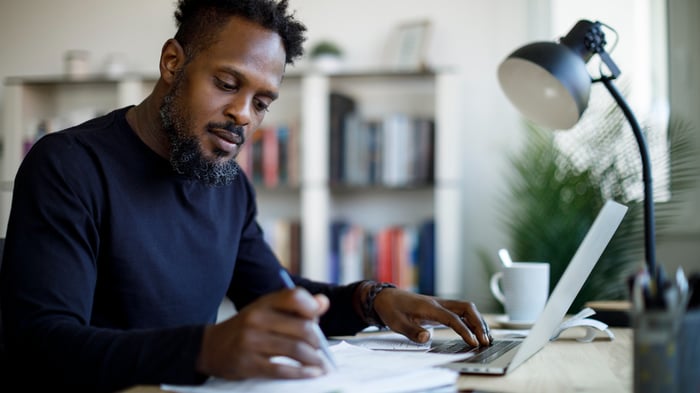 But you don’t need to pay any load fee to step into a quality index fund. The Vanguard 500 Index Admiral Shares Fund (VFIAX -0.80%) — one of the world’s most popular funds built to reflect the performance of the S&P 500 (^GSPC 0.41%) — doesn’t charge any load when you’re buying or selling. Yes, you’ll want to watch out for so-called redemption fees as well.

The same idea applies to exchange-traded funds like the SPDR S&P 500 ETF Trust (SPY 0.40%). That is, since they trade like stocks, you may pay a commission to buy them and then pay another commission to sell them. Just make sure you’re minimizing these commission costs if you’re not doing business with a broker that doesn’t charge them.

Fund managers and fund companies aren’t offering their services for free. Fund managers expect to get paid, and these companies aim to turn a profit after paying for things like marketing, administration, and rent. To cover these costs, fund companies remove a small portion of the value of the fund’s holdings every so often; you won’t even see these deductions on your quarterly statements.

The thing is, the amount of money regularly removed from a fund’s pool can vary dramatically from one fund to the next. While the average expense ratio is in the ballpark of 1%, it’s not unheard of for these costs to be as high as 7% and higher.

When you’re paying that much to participate in a stock market that only logs an average gain of around 10% per year, this cost is most definitely eating into your returns. That’s why you’ll want to look for index funds with expense ratios at the lower end of the scale.

But how low is low enough? While the aforementioned Vanguard 500 Index Admiral Shares’ expense ratio of 0.04% is practically nil, know that this figure is also freakishly low. You’ll do just fine if you can find an index fund you like with an expense ratio near or under 0.4%. The same goes for index-based exchange-traded funds, if that’s more your thing.

Finally, while all index funds are meant to mirror a particular index’s performance, some of them do so better than others.

This seems counterintuitive. Companies like Standard & Poor’s that maintain market indexes inform investors of upcoming index changes before they happen, so fund managers have ample warning of any buying and selling they’ll need to do. And even if not every fund gets the same average entry and exit price on these trades, they should also be relatively close to one another.

The little things add up, though. A few pennies here becomes a few dollars there. Fund allocations are never exact reflections of an index’s allocation, either, and differing expense ratios can add up over time.

More often than not, this performance drift works against investors rather than for them. That’s why (when it’s reasonably possible to do so) you’ll want to buy index funds that come closest to mirroring the long-term performance of their underlying index.

You can usually find this information from the fund company itself, or a reputable research resource like Morningstar. It’s often laid out with a comparative picture of the fund’s performance versus the index’s performance.

Be willing to make a less-than-perfect trade

There’s lots to think about here with just these three considerations, and there’s seemingly plenty of homework to do if you’re on the hunt for an index fund.

Don’t worry too much about finding the perfect pick, though, for one simple reason: There is no perfect pick — even when you’re looking for something as simple as an index fund. Every one of these prospects will be flawed in some way. Just buy the ones that come close enough for your comfort level, and carry on with your life. The biggest mistake you can make employing an index-based strategy is doing nothing and then watching the broad market move higher without you in it.

Read More: How to Pick the Best S&P 500 Index Fund