THE outcome of GE15 will have a direct influence on the local stock market in the short term, with a hung parliament —the most likely outcome, according to analysts — one of the worst possibilities for investors, given the uncertainties that come with it. “Yes, the market is highly likely to be influenced by the election results, at least in the near term. But, in the long term, market sentiment relies on policies set by the government,” Malacca Securities head of research Loui Low Ley Yee tells The Edge.

Low expects the FBM KLCI, which tracks the top 30 largest companies on Bursa Malaysia, to end the year at between 1,500 and 1,520 — for a simple majority outcome — from about 1,443 points at present. The FBM KLCI has been underperforming since the beginning of this year, falling almost 5% year to date.

MIDF Amanah Investment Bank Bhd research head Imran Yassin Yusof observes that the market has, over time, become less excited about a general election, as voting trends have shifted. “The conventional wisdom was that our market would get excited with the mere mention of a general election. However, ever since the 2000s, we observed that market performance (the FBM KLCI) prior to an election has been mixed, and price action seems to come in after an election.

“For example, there was a relief rally in 2013 after concerns that there might be a change of government then but Barisan Nasional (BN) eventually won. However, we should state that this influence is normally short-lived,” he says.

Hung parliament not good for the market 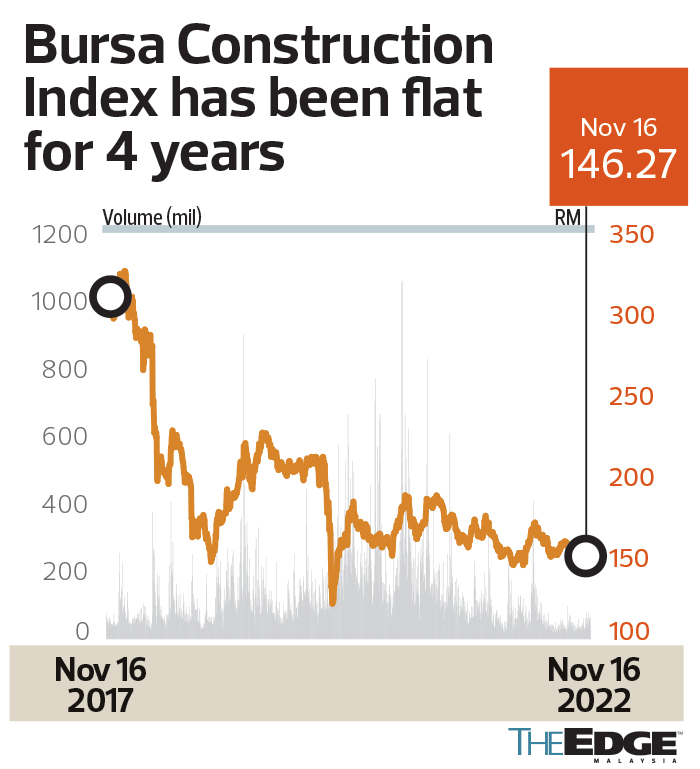 Malacca Securities’ Low projects that the market will trade at between 1,550 and 1,600 points if any of the coalitions obtain a two-third parliamentary majority; on the flip side, the benchmark index could drop below the 1,400 psychological level if there is a hung parliament where no single coalition or party attains a simple majority.

“I believe the market is anticipating at least a simple majority or two-thirds majority government,” he observes, noting that after the dissolution of parliament on Oct 10, the market rallied to near the 1,500 level before pulling back over the past few days.

MIDF’s Imran agrees that in an ideal scenario, one coalition would gain at least a simple majority, which would be a boon for the stock market as it would provide a more stable political landscape, allowing certainty in policies.

“This will be an upside surprise for the market,” he says, but adds, “in the short term, we might see a knee-jerk reaction should there be a hung parliament.” He believes a hung parliament is a distinct possibility and that the new government will be formed from a coalition of coalitions.

Imran says MIDF believes that the possibility of a prolonged hung parliament would likely be avoided given the role of the Agong “as the final arbiter with constitutional powers to appoint a prime minister”.

He also stresses that market sentiment will continue to be affected by external headwinds, such as aggressive monetary tightening by major central banks, the Russia-Ukraine war and China’s economic conditions.

At the same time, Imran reckons, depending on inflation figures, a potential pivot in monetary policy by the US Federal Reserve next month could improve market conditions.

“We expect that the pivot may change the outlook of the market to a more positive one as it will cause valuations to gradually improve from the current levels. We should note that corporate earnings growth seems stable for now as long as a recession (although still a possibility in the US) can be skirted.

“As such, we expect local equity market valuations to crawl higher from the current levels in line with the expectation of continued positive economic growth in 2023,” Imran adds.

But, if the US Fed delays the decision, he expects equity valuations to remain depressed at below the normal historical range due to the negative effect of extended aggressive tightening on financial liquidity and the macro performance.

Moving into 2023, Low expects another challenging market environment due to high interest rates and elevated inflationary pressures. “Hence, cost control by corporates is very crucial for the survival and earnings growth of the respective companies.”

Fitch Solutions is of the view that BN could likely win GE15 but, at the same time, notes that significant risks of a hung parliament persist.

Should BN emerge victorious, the research firm expects the new government to reintroduce the goods and services tax (GST) that was abolished in 2018 after Pakatan Harapan came to power. The termination of the consumer tax cost the government about RM20 billion in annual revenue.

“Nevertheless, we expect the BN coalition government to govern relatively pragmatically and continue its policy of openness to foreign investments,” it says in a report.

Fitch Solutions says — regardless of which coalition wins the general election — the consumer and retail sectors could benefit the most from the election outcome, through income-boosting policies and the lowering of certain taxes, freeing up and increasing disposable incomes for households, especially those towards the lower end of the income distribution.

“With all coalitions committing to a general trend of social payment programmes, we believe that all outcomes will have a similar impact on the consumer and retail sectors in the short term, largely being felt through increased spending on essential categories, with food and non-alcoholic drinks, as well as clothing and footwear most impacted,” it adds.

Although BN may have felt that it had the upper hand when parliament was dissolved on Oct 10, political analysts are not as confident of its chances given that in the intervening weeks, voters have indicated that they are prepared to seriously consider the other coalitions vying to take charge of Putrajaya.

Indeed, since 2008, majority political-party control has become less common. In that watershed general election, BN did not win its customary two-thirds supermajority — the first time since 1969.

Unsurprisingly, the market fell sharply after the March 8 election, plunging 7.8% and tanking a further 17.4% by the end of September.

Prior to 2008, BN was used to enjoying control of more than two-thirds of Dewan Rakyat. Furthermore, the coalition traditionally triumphed in all the states — thus controlling all the state assemblies — except for Kelantan, where the Islamic party PAS is a strong competitor.

The market’s performance prior to the 2008 elections appears to be mixed.  In GE9 and GE10 held in the 1990s, when BN won by a comfortable two-thirds majority, the market fell by 2.4% and 2.6% respectively a week after each election.

In GE11 in 2004, when BN swept 199 out of the 219 parliamentary seats, the market fell marginally by 1% a week later and 5% over the next six months. The margin of victory was attributed to the change of leadership within Umno, the lead party in the BN coalition, with Tun Abdullah Ahmad Badawi succeeding Tun Dr Mahathir Mohamad as prime minister in 2003.

But in the following general election in 2008, BN’s loss of its customary two-third majority — attributed to rising inflation, corruption and mismanagement within the party (Umno) — resulted in Datuk Seri Najib Razak succeeding Abdullah in the following year when the latter stepped down.

Najib’s reign lasted almost a decade. In GE13 in 2013, when Najib sought his own mandate, BN won fewer parliamentary seats compared to the previous GE under Pak Lah, but the coalition managed to get more than a simple majority. The market reacted positively, gaining 4.6% a week after the results, and 6.8% after six months. This has somewhat created the perception that the stock market prefers BN as the government.

In 2018, in GE14, the opposition coalition Pakatan Harapan (PH) stunned BN, capitalising on the 1MDB financial scandal linked to Najib. It managed to win a simple majority to consign BN to the opposition bench for the first time ever.

The market interestingly responded well to the shock victory, gaining 0.6% in the first week when it reopened despite the change to a new government in 60 years. But after a six-month period, the FBM KLCI declined more than 6.5%.

India is a true bright spot in the midst of a global downturn: Top execs

Donald Trump’s return to Facebook could be major fundraising boost

Trump’s return to Facebook could be major fundraising boost

When health(care) comes at a high price

Cipla Q3 Results: Net profit rises 10% but fails to keep up with analysts’…

From Iraqi oilfields to Tory HQ: how Nadhim Zahawi mixed business and politics

Federal Reserve and the markets in standoff on rate hikes

American Express To Report Earnings Today, Here’s A Look At…