Cathie Wood is the CEO of ARK Invest, whose ETFs substantially outperformed the broader market in the early stages of the pandemic. However, things are different today as many of ARK Invest’s actively managed ETFs have been laggards for the past year. That isn’t surprising; Cathie Wood and her team are big fans of growth stocks, a category of equities that has been especially hit by the recent downturn.

Should investors avoid Cathie Wood’s stock picks? Not at all. Despite the recent struggles, some of the companies she’s invested in look like solid long-term winners. Let’s look at two examples: Veeva Systems (VEEV -0.19%) and MercadoLibre (MELI -4.12%). 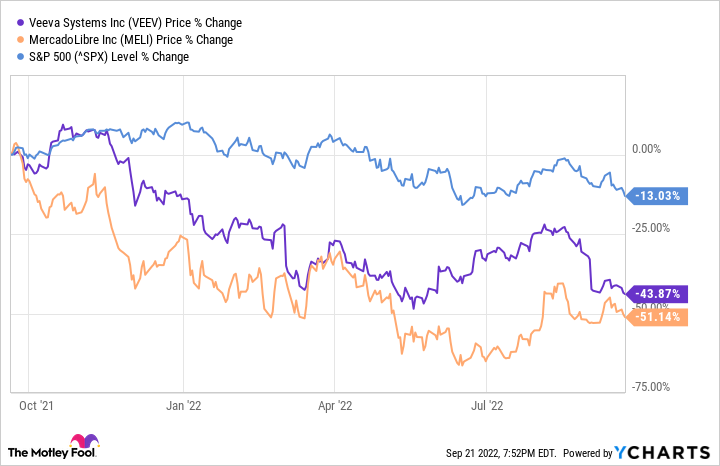 Veeva Systems operates in the highly competitive cloud computing industry, but it has become successful by specializing in providing cloud-based software solutions to companies in the life sciences sector. In this highly regulated market, legal compliance is paramount — and it is constantly changing and evolving. Developing innovative life sciences products while staying on the right side of the law can be challenging.

That’s where Veeva Systems comes in; its cloud offerings allow life sciences companies to store data and stay on top of their product development efforts while remaining legally compliant. Veeva Systems has continued to expand its client base while growing its revenue and earnings.

Veeva’s retention rates for its subscription services came in at 119% for its fiscal year 2022, ended Jan. 31. That wasn’t a one-off; the company routinely records retention rates in this range.

During the second quarter of its fiscal 2023, ended July 31, Veeva’s revenue increased by 17% year over year to $534.2 million. The company’s adjusted net income came in at $166.2 million, 9% higher than the comparable period of the previous fiscal year.

Veeva Systems isn’t without its risks. One of the most obvious is valuation. Despite a 43% drop in its shares in the past year, Veeva’s forward price-to-earnings (P/E) ratio stands at 40. The average forward P/E for the S&P 500 is less than half that at about 17. Veeva Systems’ valuation is especially troubling, considering revenue growth has slowed somewhat in recent quarters.

That’s one reason why the stock has underperformed the market lately, and investors should expect the company’s shares to remain somewhat volatile in the near term. 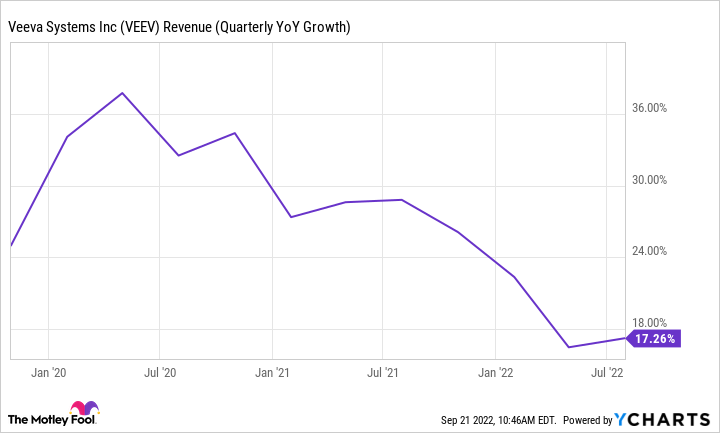 On the other hand, the company’s long-term prospects remain attractive. Veeva Systems estimates a $13 billion total addressable market (TAM). The company’s revenue came in at $2 billion over the trailing 12-month period — a mere fraction of its TAM. What’s more, Veeva Systems’ opportunities will expand along with the massive $2.2 trillion (and growing) life sciences industry.

Given the still vast and untapped potential ahead for Veeva Systems, it is far too early to give up on its stock. In time, it will recover from its recent struggles and provide solid returns to shareholders.

MercadoLibre is the largest e-commerce specialist operating in South America. The company’s leadership in the region has earned it the flattering nickname of “the Amazon of Latin America.” There is some truth to this moniker, but it doesn’t tell the whole story. MercadoLibre’s breadth of services isn’t exactly a one-to-one replica of what Amazon does. MercadoLibre’s services include its fintech arm Mercado Pago, a service that allows merchants to open and run an online storefront called Mercado Shops, among others.

In the second quarter, the company’s revenue increased by 53% year over year on a reported basis to $2.6 billion. MercadoLibre’s gross merchandise volume — the total value of transactions completed on its platform — jumped by 21.8% year over year to $8.6 billion. MercadoLibre’s net income came in at $123 million, higher than the $68 million reported during the year-ago period.

With a forward P/E of 112, MercadoLibre looks even pricier than Veeva Systems. The good news is that its opportunities are even more enticing. E-commerce penetration in Latin America is lower than in the U.S. and other countries such as China. The industry is projected to grow rapidly in the coming years in the region.

As the leader in this space, MercadoLibre is ideally positioned to cash in on this trend. And given its solid moat, competitors will find it difficult to challenge MercadoLibre seriously. That paints a bright picture of the company’s future.